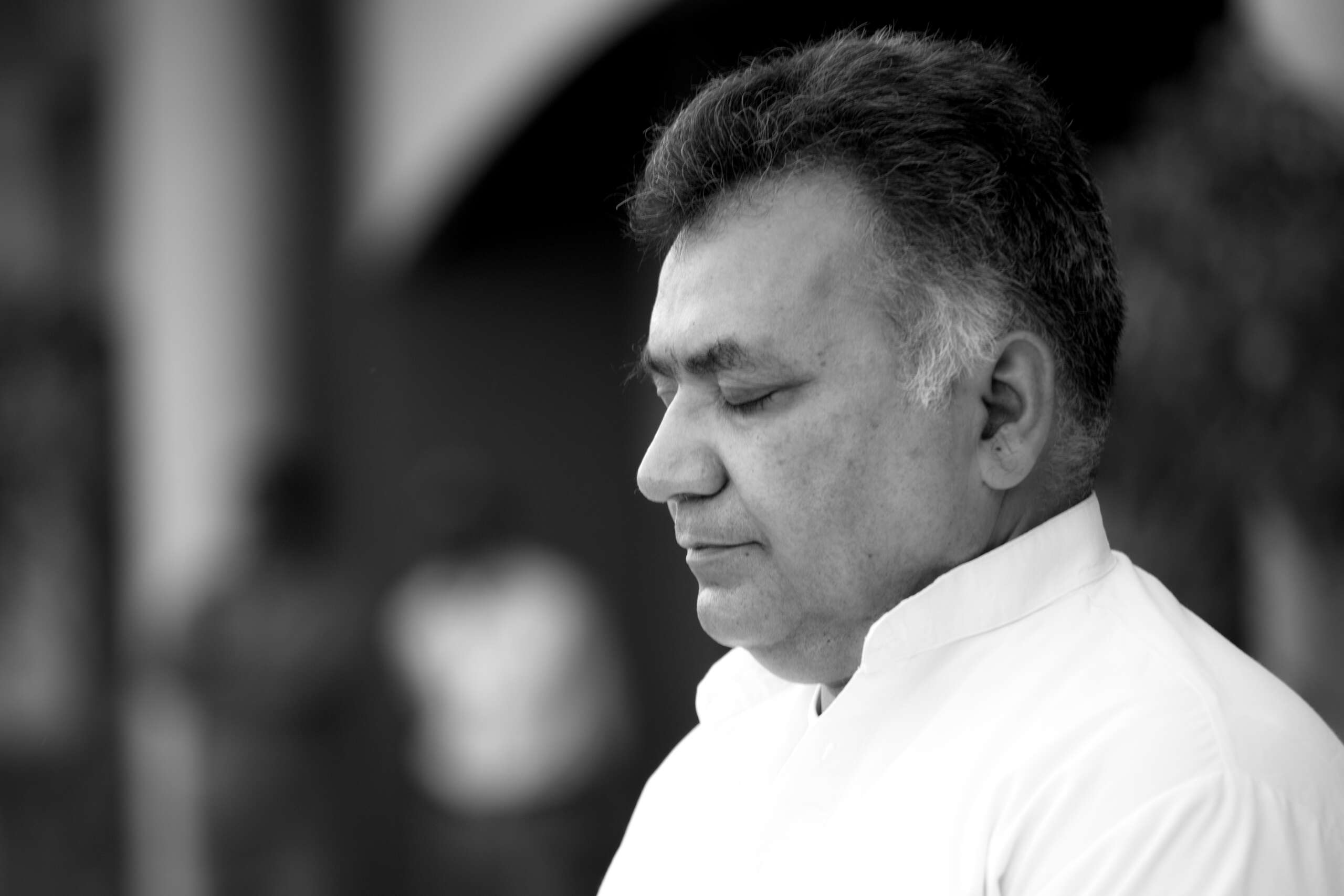 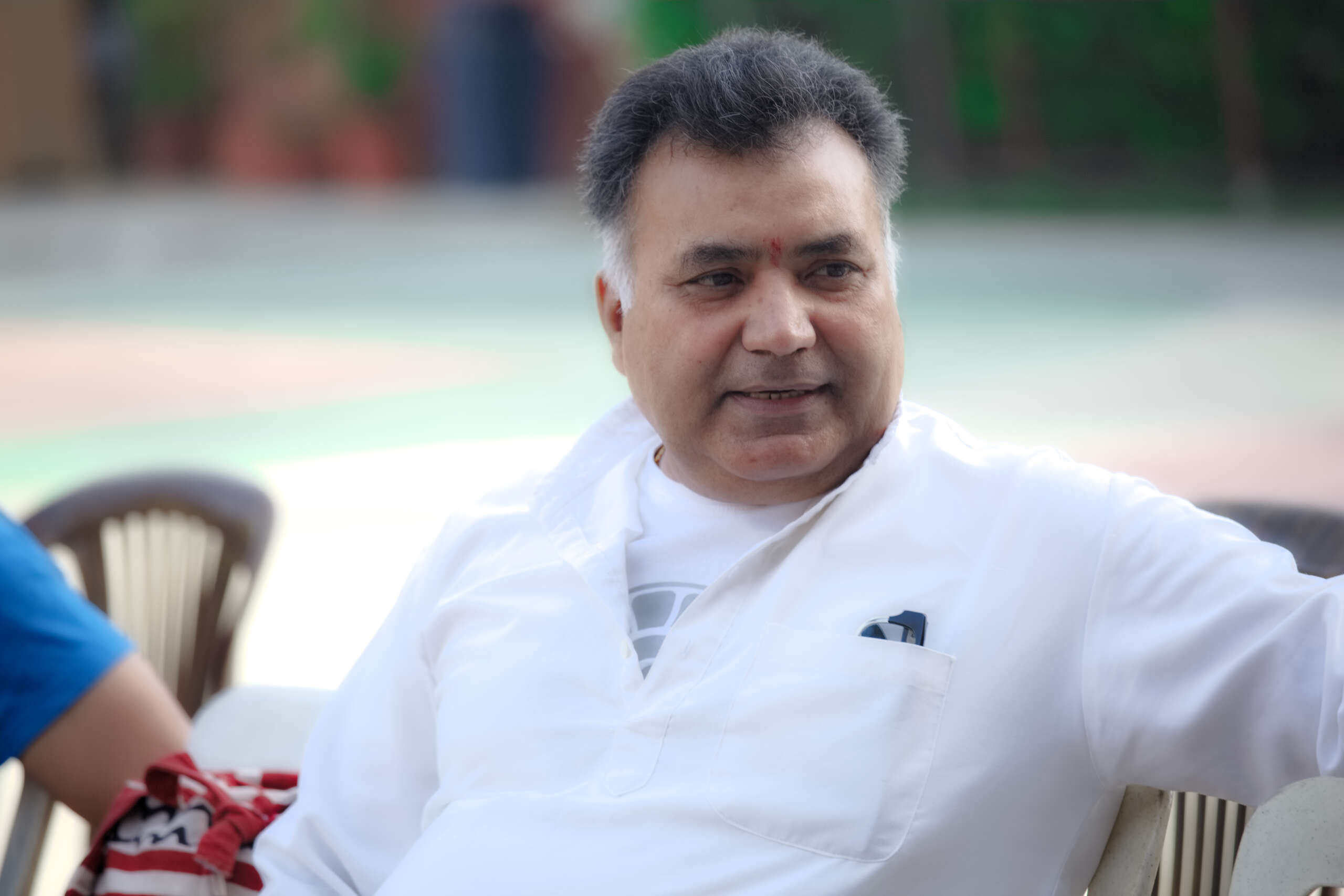 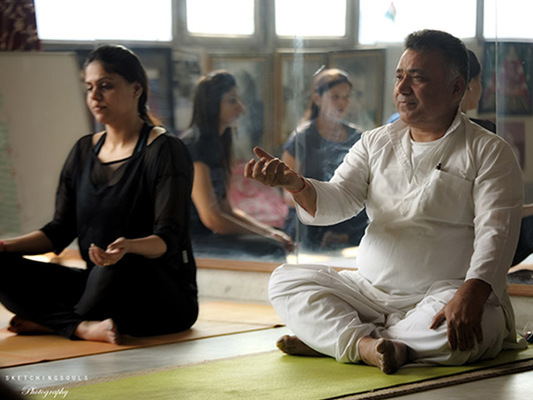 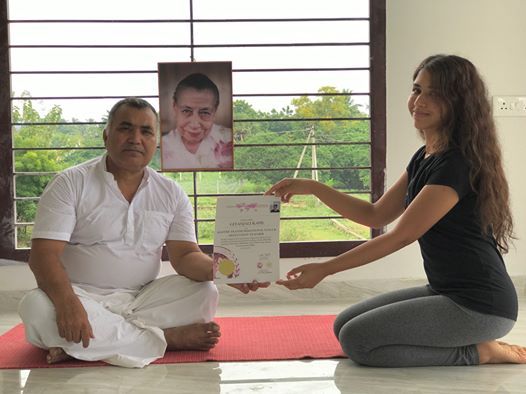 A devotee and Yogi inspired by The Mother and Sri Aurobindo, Swami Vidyanand was born in a family of renowned Bhakti Yogi’s of an unbroken tradition of over 500 years, Swamiji received his initiation into the Spiritual and Yogic practices at an early age and was trained in the traditional Indian way, through apprenticeships under enlightened Yoga Masters such as Paramhansa Satyananda Saraswati (Founder of the Bihar School of Yoga),  and was also initiated in White Tantra from Paramhansa Pitambara Peeth.  His first guru was his father, Sri Harihar Goswami, a highly respected Traditional Indian Yogi who taught the Vedas, Ramanyanana, The Upanishad and Sacred Texts and he has also learnt from other known and unknown Himalayan and Tibetan Masters.

Hailing from a long line of renowned Bhakti yogis, Swami Vidyanand was born into the deeply spiritual environment of Datiya (Madhya Pradesh) recognized as being one of the seventeen sacred centers of Tantra in India.

Swami Vidyanand’s teachings are well recognized in India, evident from the respect he has received from educational and cultural bodies, such as Annamalai University to which he was the chief guest on the occasion of the International day of Yoga 2017, he received distinction from organizations that recognize individual efforts to promote ancient Indian wisdom systems and practices,  such as the The Bhaskar Award from the prestigious Bharat Nirman. Swami Vidyanand’s influence goes beyond the borders of India: he was invited to represent India at the Berlin International Trade Fair and conducts workshops and trainings all over the world.